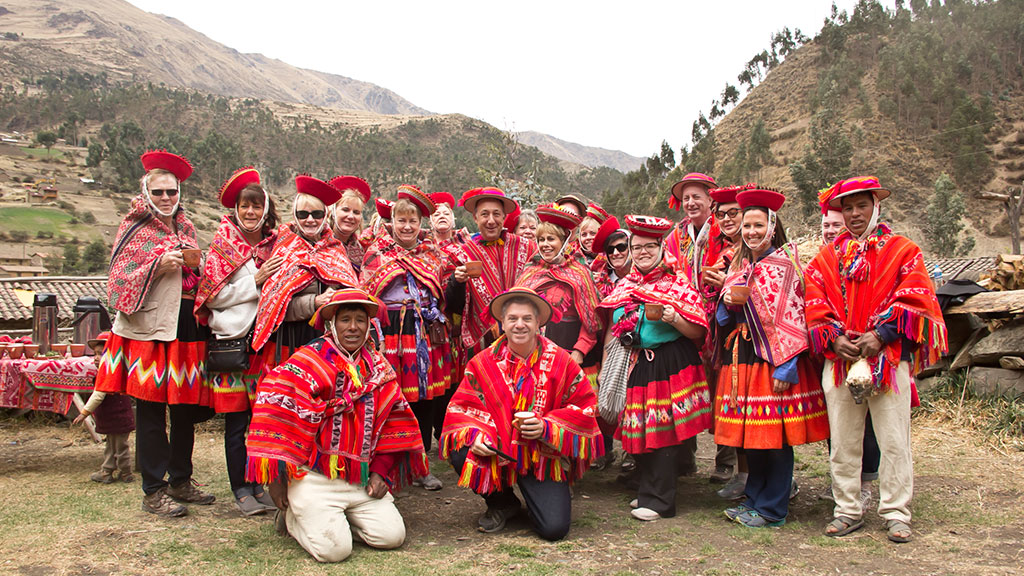 Hi Eitan ,
We are back after an exceedingly enjoyable trip. We saw a lot of the cities we visited and the guides were invariably well informed esp the ones in Seville and Granada and spoke fluent English. Car travel as you said, was very easy , so was travel by train .
Your choice of hotels was good each being located centrally, which made it easy for us to get around . We thought that Seville was the nicest of the cities we visited and Granda offered the best sightseeing experience.
Had we spent more time in Madrid we would have liked to visit the Escorial palace/monastery....
Thanks for organizing this for us . We really had a wonderful time .
Best
Natasha

Susan B. from Boca Raton, FL; traveled to Israel

The trip was fabulous! How can one not love Israel and all it's history.

Ezra once again was fantastic and I loved doing the new options that Elisa and I did not do during our previous trip. The jeep ride in the Golan Heights was an adventure and I liked the geo-political tour as well. My husband loved all the history and architecture that we visited as well. I think we wore him out by day 5.We had a couple of very hot days (100 degrees) so Ezra rearranged our itinerary to do all the museums one the days so we wouldn't be out the severe heat.

I almost missed the extra VIP service at the airport because the itinerary stated that we we to meet the driver at the baggage claim area. Our plane did not land at the gate, but on the tarmac and we were to take a tram to the main airport. I got on the tram because I wasn't looking for a sign with our names on it, but Harvey spotted it and we were whisked off to customs in a flash. And having it in reversed was also fantastic. I am duly spoiled.

The Carlton in Tel Aviv was nicely appointed, but small. The breakfast was very nice. The David Citadel was once again a fabulous hotel, our room I think was recently redone and had a very nice bath and storage area for clothing overlooked the old city and pool. The Mitzpe Hayamin was a nice retreat with a nice upgraded room. This time we tried the Muscat Restaurant one evening an enjoyed it very much.

Thank you for helping us plan this memorable trip. And I thank my wonderful children as well for providing us with this wonderful opportunity.

The trip to Peru was among the best we’ve ever taken. The folks in Peru were terrific and took great care of Sue and me. The tour guides were outstanding. Everything went smoothly. The JW Mariott hotels in Lima and Cusco were beautiful and provided great service and excellent meals. Both were well-located. When we returned to Lima after our excursion to the Andes, they upgraded us to one of the huge corner suites, which was so large it was possible to get lost in the dark. The Inca Terra in Aguas Calientes was also beautiful and the dinner we had there was memorable.

We were very pleased with the itinerary you came up with, especially with regard to the day we went from Lima to Machu Picchu without spending more than a few minutes in Cusco. Many people on our cruise had altitude sickness in Cusco, but we did not. When we went back Cusco after 2 days in MP, we slept well and hiked around with no problems.

Peru was definitely the highlight of our trip. If we go back, you will hear from us.

Thanks so much and best regards,

Harriet and Nathan L. from Columbus, OH; traveled to Tanzania

We are currently in Stonetown at Kisiwa hotel. A perfect choice for our last night. Small, intimate, friendly, and a lovely restaurant on the roof. We start our journey home late this afternoon.

The safari part of our trip was outstanding. Truly, an experience of a lifetime. Please let Classic Safari know how much we appreciated our wonderful guide, Edward. He was professional, knowledgable , always helpful, an excellent driver, and had a sense of humor. We saw animals and birds too numerous to mention. The topography was unimaginable. Everything was beyond my expectations.

My favorite accommodations were Serengeti Pioneer Camp and Oliver's Camp. Both were so friendly and welcoming with a great sense of adventure. My least favorite was the Escarpment Lodge. A very nice facility but lacked the warmth and intimacy of the other places.

Thank you for making this trip possible and enjoyable. Even Zanzibar will give us stories to share!

The Tanzania trip was an outstanding experience, exciting and full of discovery and drama. Edward was an excellent guide, good humored, highly knowledgeable, always prompt and thoughtful. He was very candid about Tanzanian society and has seen enough American tourists to realize that their way of doing things is very different from ours.

Edward was as enthusiastic about finding animals as we were, and we were not disappointed. And could he drive! We spent our last day getting to the airport after a terrific rain, and all the roads and main bridge were washed out. He tackled an alternate route that was pretty much four hours of driving through totally submerged, rutted paths. It was harrowing, but he was amazingly calm and careful. We made it to the airport 15 minutes before our flight, but the airline wouldn't let us board. Still, he advocated for us mightily and got us on the next flight, although it did leave from Kilimanjaro.

The bush camps and our accommodations were all beautiful, but Escarpment Lodge was somewhat Western and disappointed most of the group, although I welcomed the air conditioning.

Thank you for putting together such a memorable trip. I hope I can do more Spiced Destinations travel in the future.

We are sorry this short report is a bit late in coming to you. However, we have continued to relive ALL of the memories and experiences we encountered during our travels to Indonesia, Thailand, and Viet Nam. For us, it was a trip of a lifetime.
What made this trip so fabulous was the coordination of our desires with the expertise of Wayne Griffin Travel and Spiced Destinations. While there was some angst on our part before we embarked, we found that virtually all of the details were executed almost to 100% in each of the countries and cities we experienced. Well done! Thank you for your diligence and attention to the myriad details.
We really enjoyed our accommodations in all of the venues. The 4-5 star hotels provided a welcome respite from some long days of touring as we enjoyed broadening our perspective of new cultures.
Another highlight of our trip was the private guides we had as well as the drivers that accompanied them. The guides were simply outstanding in Bangkok, Chiang Mai, and Phuket, Thailand. In Viet Nam, our two female guides were amazing. Each was on time, organized, focused, flexible, friendly, and very competent. What a joy they were!
Lastly, as we were advised, the foreign airlines were far and away much better than U.S. airlines. The comfort, service with a smile, and attitudes of flight personnel was of high quality. We are glad we chose premium economy seating on JAL. Thanks.
So, new worlds were opened up to us in splendid fashion. We believe we are changed and better people because of this 28 day adventure. We are grateful for your involvement in the planning and follow-through of our travel experience.

Patricia B; from Dobbs Ferry, NY; traveled to Argentina & Brazil

On behalf of the Kreitzmans, Yoods and us Bermans, collectively, we want to thank you for the trip of a lifetime to South America.
From the initial contact with Luciana through touch down back in New York the experience with Spiced Destinations
was almost perfection. The timing and planning was excellent, the hotels were superb, the local guides were all tremendous (Arianna in Buenos Aires, Rodrigo in Iguazzu and Laura in Rio) and we felt secure and taken care of in each locality. In addition to Buenos Aires and Rio, Iguazzu which is a must for ANYONE traveling to that
part of the world. Make sure to tell people, as well, that with the right guide and the proper precautions that we felt safe in Rio and indeed were able to walk the beach of Copacabana unaccompanied. Additionally the customization of the touring to include the sites of Jewish interest was meaningful for all of us and not something we could have achieved on a boilerplate tour. How lucky we were to come upon your agency at the recommendation of Tova Gilead. We look forward to additional adventures and working with you in the future.

Pamela A. from Brookline, MA; traveled to Peru

Our trip to Peru was absolutely wonderful. I have dubbed it the Excellent Exhausting Excursion! Whew! We saw so much and it was so exciting. We never could of handled such a complex itinerary if it were not for your company and the helpful human waiting for us in the (luxurious) hotel lobbies and airports. Thank you so very much for listening so carefully to our concerns and for arranging a truly memorable trip.

Had a great time Petra/ wadi rum. The guide and driver were excellent. Very service oriented, and concerned for our every need. I would highly recommend them in the future.
Again, thank you very much for arranging the trip, sorry it was only a part of the whole. I will recommend you to our friends and patients.
Sincerely, Ira

Hi Eitan,
We have been back for two weeks now but Peru is still on our mind. Thanks for organizing some of the trip for us. Everything was perfect. Lima tour did a superb job and we enjoyed all the hotels you choose for us.
Perhaps our best memory was in Canyon de Colca. The flight of the condors was unforgettable and our hotel my favorite in the whole trip.
We are planning a couple of weeks in Spain in October, anybody you would recommend to help me organize this trip.
Thanks again, I will highly recommend you to our friends, Christiane 5% discount on all Classic Antarctica Cruise departures in 2020-2022

Fulfill a dream. Book your Antarctica cruise by December 31, 2020, and save 5% of the published cruise only rates!